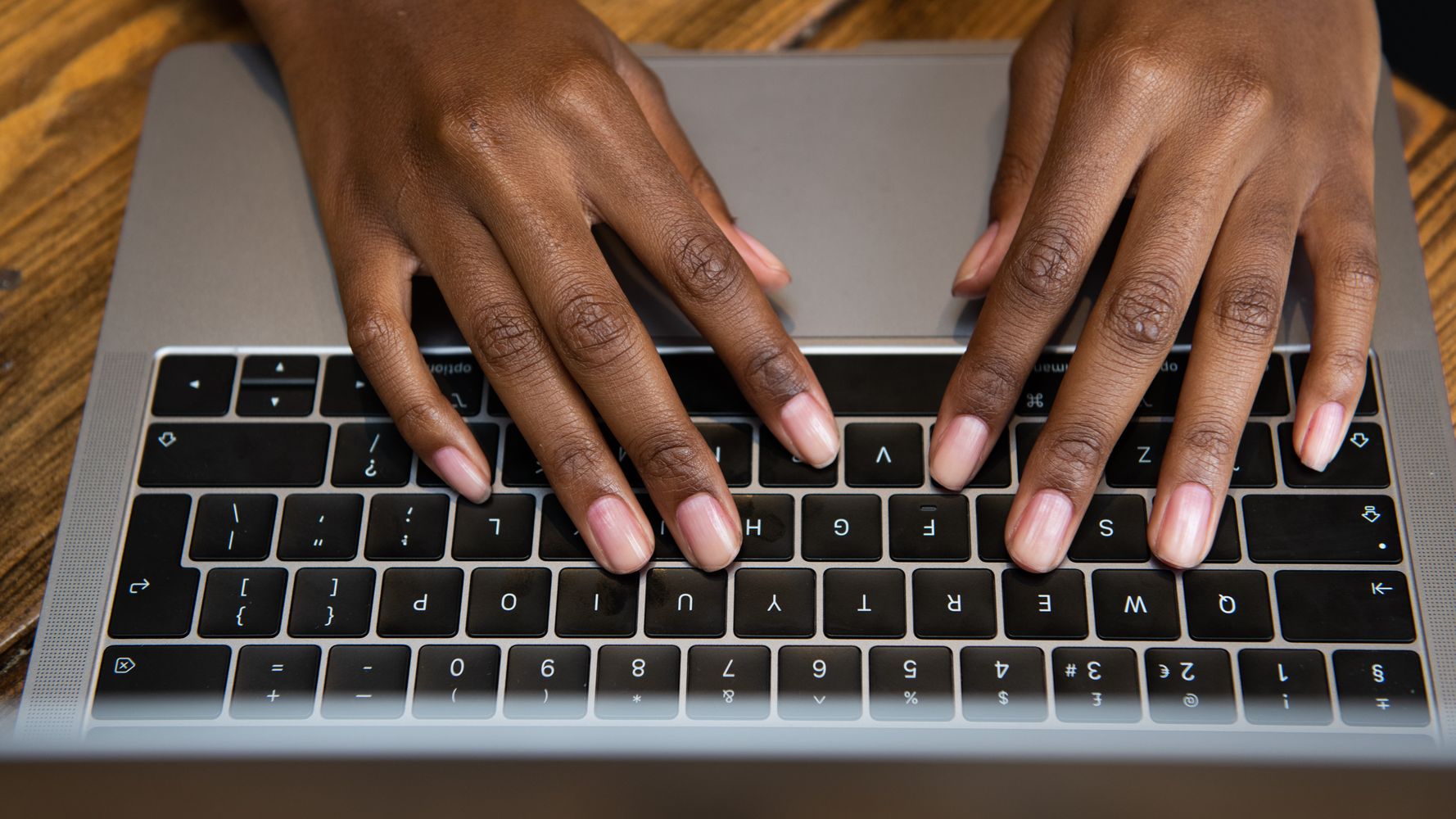 Teens spent an unprecedented amount of time online in 2020, as the pandemic moved all of their social and academic interactions to virtual spaces. During this period, the killing of George Floyd in May 2020 sparked historic protests and brought renewed energies to the national reckoning with racism.

As the pandemic evolved and the Black Lives Matter movement gained momentum, researchers Ming-Te Wang and Juan Del Toro of the University of Pittsburgh’s Learning Research and Development Center tracked the online interactions of 602 adolescents across the country via daily surveys from March through November 2020. Fifty-eight percent of participants in the study identified as Black.

Black teens reported an alarmingly high level of encounters with online racism, with one in two experiencing one or more racist incidents online during the months the study was conducted. Researchers also tracked teens’ mental health throughout the study. They found that when Black youths experienced online racism, they were more likely to report worse mental health on the day of the incident and the day following. Researchers did not find that witnessing racial discrimination had any impact on the mental health of white teens.

The survey asked participants every day whether they had seen online someone say, “something mean or rude about them because of their racial or ethnic group.”

Del Toro added that they only measured one form of online racism.

“There is a possibility that more types of unmeasured forms of online racial discrimination occurred,” Del Toro continued, “but we did not assess them.”

Brendesha Tynes, a professor of psychology and education at the University of Southern California, believes that the number of racist incidents that Black students encounter is significantly higher. Tynes has also studied Black students’ experiences with racism online. In a different daily diary study of Black youth living in the Northeast, Tynes told HuffPost, “we were able to find that Black youth have more than five discriminatory experiences per day. And the bulk of those experiences are online racial discrimination.”

The impact of racism and microaggressions on teens

While the University of Pittsburgh study found an immediate impact on teens’ mental health after an incident of online racism, there is also the cumulative effect of such experiences on the emotional wellbeing of young people during a pivotal stage of their development.

Oftentimes, kids associate the internet with freedom, identifying online spaces where they can explore, for example, their sexual and gender identities under the safety offered by anonymity. But it’s this very anonymity that grants others cover to express hateful and harmful ideas without fear of consequence. It can be surprising for kids to experience this darker side of the online universe, said Cindy T. Graham, a child psychologist practicing in Maryland. Graham is not affiliated with either study.

When a movement like Black Lives Matter experiences a surge of interest, as in the summer of 2020, “being active on social media often is a way for teens to be involved in [the] movement,” says Graham. Yet events like Floyd’s killing and the protests that followed galvanized people on both sides. Young activists may not be prepared for the backlash and the negativity that they will encounter, which can be particularly harsh in online spaces.

“Even though they may be aware and forewarned about the things that are out there on the internet, once you experience it for yourself, it’s at a different level,” Graham told HuffPost.

Kids and teens may also bear the burden of online microaggressions, which can take the form of comments not intended to offend and other such slights. Examples include being mistaken for another student of the same race or being presumed to play a certain sport because of your race.

With “the teenage years being an important time for figuring out, defining, beginning to understand who you are as a person,” said Graham, “if you have frequent microaggressions that does start to chip away at how you view yourself.”

What can families do to support kids experiencing racism online?

The first step is to let them know that you’re open to hearing about their online experiences, both good and bad. When a racist incident does occur, parents can also help kids make sense of it by putting it into context.

“Black parents are often really good at talking to their kids about their history, preparing them for racial bias,” said Tynes. “In this case, I think they should try to help their kids to place the messages in historical context, or to help them to see, ‘Oh, we’ve seen this before. They’ve tried to represent us as animals, they’ve tried to say these demeaning things about us when they wanted to justify slavery, or when they [wanted to] justify segregation.’”

Parents and other adults in kids’ lives can “feed them more of an accurate picture of Black people’s glorious history,” Tynes added.

Acknowledging the “fear of wanting your child to be strong enough to deal with all of these negative things,” Graham cautions parents from putting pressure on kids to be “tough.” Life will bring plenty of hardships, racism included, and families can be sources of support, helping kids to remember “all of the positive things about themselves so that they do have that to fall back on” when they confront racist comments or assumptions.

For families of all racial backgrounds, open dialogue is key when it comes to online content. If kids are afraid of your reaction, they won’t share with you when something disturbing happens online, and then you won’t be able to offer support or advice.

When a racially charged incident makes the news, parents can ask teens if it was discussed at school or online, and what other kids were saying. Instead of jumping in with your own opinions, ask your child if they agree or disagree with what was said and how hearing it made them feel.

Graham also suggested that parents talk to their kids about “finding that balance between, is this a time and moment to argue back? Or is it something that you should just ignore, especially if the comments are directly aimed at the child?” Graham recommends parents encourage kids to see that sometimes, “it’s not being weak to not engage in the argument or fight.”

It’s not only the perpetrators of racist incidents who are the problem; it’s also the vast number of white kids and kids of other racial identities who watch these incidents unfold and remain silent.

Tynes noted that it shouldn’t be surprising that white kids allow racist incidents online to go unchallenged during a time when teachers are being restricted in what they can teach about racism and history. But families can engage their kids on these topics, encouraging them to take an active role as allies.

Kids can be in a good position to speak up when they witness racism online and are not the intended target. And oftentimes, one person standing up and saying something is wrong inspires others to add their voices to the chorus. Graham notes that when racism arises online, “lots of times you will see that they will back down once you have people commenting.”

While their understanding of racism may be a work in progress, kids are fluent in the language of bullying, and, in this context, they know what it means to be an ally. Schools are increasingly motivated to take action even when the bullying occurs online, but they won’t know that it’s happening if students don’t report it. Even if your teen feels uncomfortable taking a public stance against an act of racism, they should know that they can take a screenshot and report the incident.

Parents, teachers and other adults can help kids learn how to confront racism by providing kids of all races with opportunities to share their experiences. They need to know that adults care about what is happening to them online.

“We should also create safe spaces where youth feel comfortable in sharing stories of discrimination and where they can learn from each other on how to cope with discrimination encounters,” Del Toro told HuffPost.

America, As Told By Black Teens

Yes, You Should Speak Up If Your Family Or Friends Post Something Racist

How White Parents Can Talk To Their Kids About Race

The Right ― And Wrong ― Way To Apologize To Your Kids

Help! My Kid Is Really Scared Of Getting Shots

A Stranger Told Me I Shouldn’t Take Sexy Selfies As A Mom. Here’s My Response.

Outdoor play reduces some of the negative effects of screen time for young children
The Funniest Tweets From Parents This Week (Jan. 14-20)
This Popular Air Purifier Has Over 20,000 Reviews — And It’s On Sale On Amazon
Exploring the clinical impact of co-detections of other respiratory viruses in US children hospitalized for COVID-19
What To Know If You’re On Parental Leave And Lose Your Job
Ads by Amazon