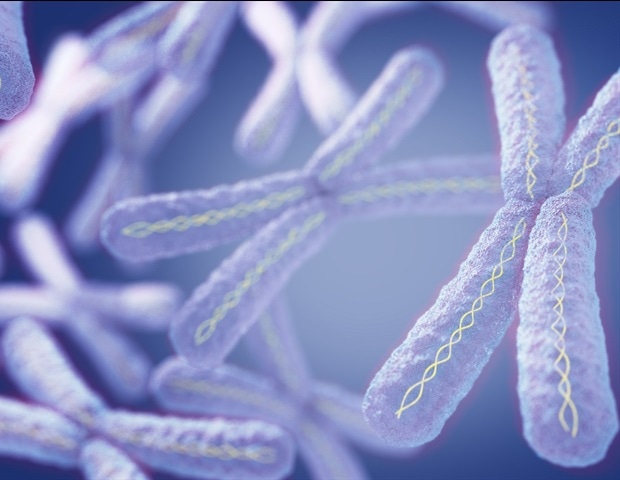 Urea cycle disorder, one such rare disease, is a hiccup in a series of biochemical reactions that transform nitrogen into a non-toxic compound, urea. The six enzymes and two carrier/transport molecules that accomplish this essential task reside primarily in the liver and, to a lesser degree, in other organs.

The majority of patients have the recessive form of the disorder, meaning it has skipped a generation. These kids inherit one copy of an abnormal gene from each parent, while the parents themselves were not affected, says Dr. Gropman, chief of the Division of Neurodevelopmental Pediatrics and Neurogenetics at Children’s National. Another more common version of the disease is carried on the X chromosome and affects boys more seriously that girls, given that boys have only one X chromosome.

Regardless of the type of urea cycle disorder, when the urea cycle breaks down, nitrogen converts into toxic ammonia that builds up in the body (hyperammonemia), particularly in the brain. As a result, the person may feel lethargic; if the ammonia in the bloodstream reaches the brain in high concentrations, the person can experience seizures, behavior changes and lapse into a coma.

Improvements in clinical care and the advent of effective medicines have transformed this once deadly disease into a more manageable chronic ailment.

It’s gratifying that patients diagnosed with urea cycle disorder now are surviving, growing up, becoming young adults and starting families themselves. Twenty to 30 years ago, this never would have seemed conceivable. We have collected many years of longitudinal clinical data, but with this new funding now we can answer questions about these diseases that are meaningful on a day-to-day basis for patients with urea cycle disorders.”

In early October 2019, the National Institutes of Health (NIH) awarded the Urea Cycle Disorders Consortium for which Dr. Gropman is co-principal investigator a five-year grant. This is the fourth time that the international Consortium of physicians, scientists, neuropsychologists, nurses, genetic counselors and researchers has received NIH funding to study this group of conditions.

Among the topics they will study:

Long-term organ damage. Magnetic resonance elastrography (MRE) is a state-of-the-art imaging technique that combines the sharp images from MRI with a visual map that shows body tissue stiffness. The research team will use MRE to look for early changes in the liver – before patients show any symptoms – that could be associated with long-term health impacts. Their aim is spot the earliest signs of potential liver dysfunction in order to intervene before the patient develops liver fibrosis.

Academic achievement. The research team will examine gaps in academic achievement for patients who appear to be underperforming to determine what is triggering the discrepancy between their potential and actual scholastics. If they uncover issues such as learning difficulties or mental health concerns like anxiety, there are opportunities to intervene to boost academic achievement.

“And if we find many of the patients meet the criteria for depression or anxiety disorders, there are potential opportunities to intervene. It’s tricky: We need to balance their existing medications with any new ones to ensure that we don’t increase their hyperammonemia risk,” Dr. Gropman explains.

Neurologic complications. The researchers will tap continuous, bedside electroencephalogram, which measures the brain’s electrical activity, to detect silent seizures and otherwise undetectable changes in the brain in an effort to stave off epilepsy, a brain disorder that causes seizures.

“This is really the first time we will examine babies’ brains,” she adds. “Our previous imaging studies looked at kids and adults who were 6 years and older. Now, we’re lowering that age range down to infants. By tracking such images over time, the field has described the trajectory of what normal brain development should look like. We can use that as a background and comparison point.”

In the future, newborns may be screened for urea cycle disorder shortly after birth. Because it is not possible to diagnose it in the womb in cases where there is no family history, the team aims to better counsel families contemplating pregnancy about their possible risks.

Research described in this post was underwritten by the NIH through its Rare Diseases Clinical Research Network.

Just 13 Pairs Of Matching Pajamas For You And Your Family
Brain organoids reveal how alcohol exposure impairs the development and functioning of new brain cells
Honey improves key measures of health, including blood sugar and cholesterol levels
Maternal obesity during pregnancy causes metabolic perturbations in offspring’s liver and skeletal muscle
Twitter May Be A Hopeless Place, But These People Found Their Spouses On It
Ads by Amazon