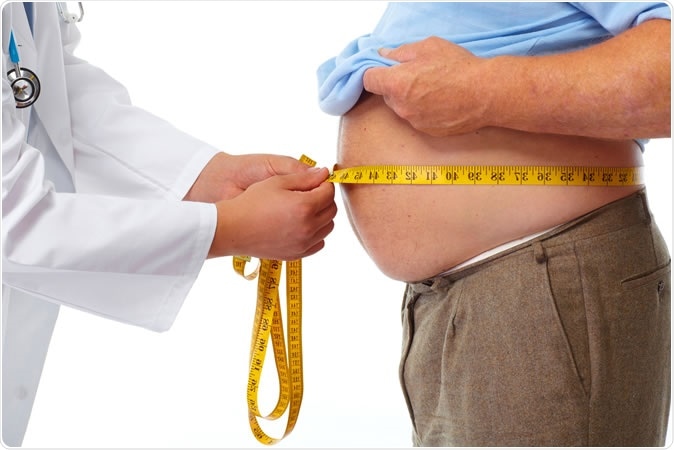 A new OECD report on the burden of obesity has been released this week. It provides evidence on how obesity and related conditions will kill 90 million people living in the OECD nations over the next three decades. If same situations persists, obesity and overweight could reduce the life expectancy by at least three years.

Per capita cost due to obesity would be around USD 360 per year and the GDP loss related to obesity is estimated to be 3.3 percent says the report. The report is titled aptly, “The Heavy Burden of Obesity – The Economics of Prevention,” and was released on the 10th of October 2019.

The first OECD report on obesity was out in 2010 and was titled, “Obesity and the Economics of Prevention – Fit not Fat”. Since then not much has changed. The report explains that among the 36 OECD nations, 34 have over half of the population that is overweight and nearly a quarter is obese. In 2010 the average rate of obesity prevalence in these nations was around 21 percent. By 2016, it has risen to 24 percent. This 3 percent increase roughly translates to 50 million persons. The authors of the report write, “While in 2010 about one in five people in OECD countries were obese, this has now risen to nearly one in four.” 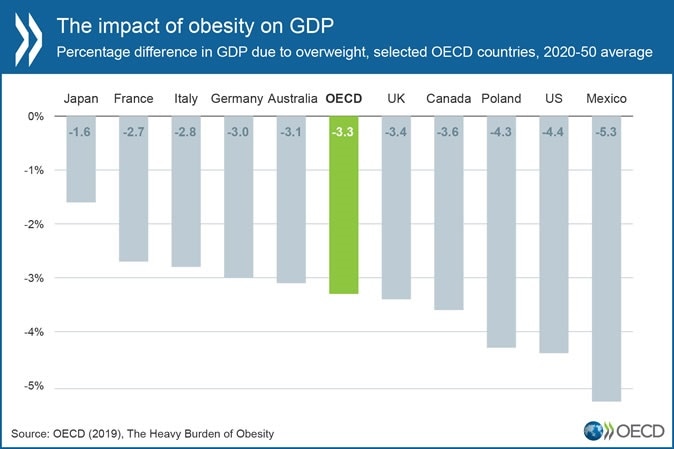 Impact of obesity on children

The report has a section on impact of overweight and obesity on children and their development. The experts have written that obese and overweight children tend to miss school and perform poorly compared to their normal weight counterparts. Normal weight children are 13 percent more likely to perform better at school says the report. They are more likely (around three times) to be bullied at school and around and report a lower satisfaction with their quality of life. In addition these obese and overweight children are also less likely to complete higher education when they grow up. 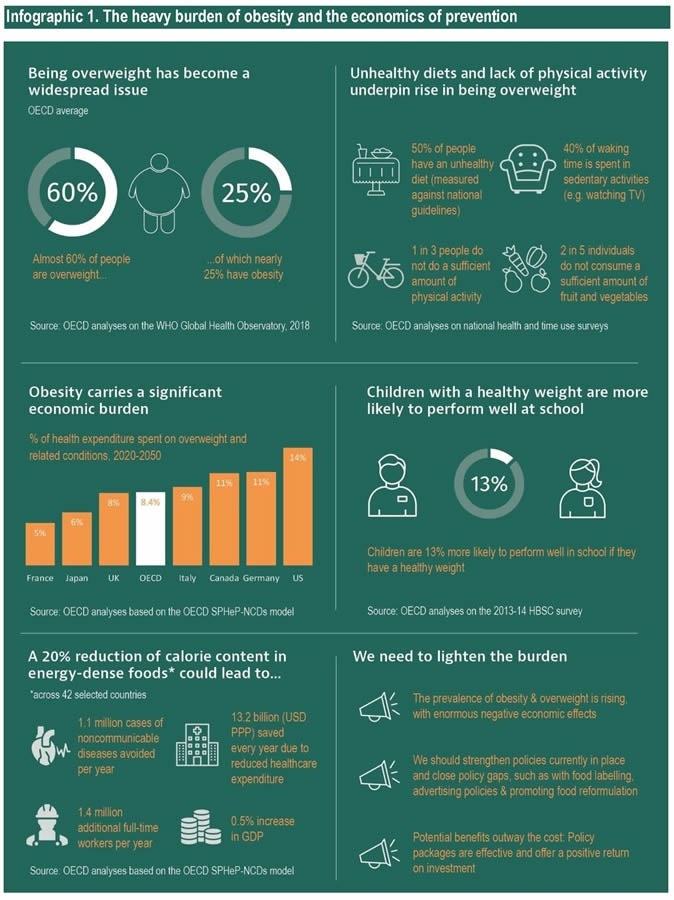 Impact of obesity on the economy

The report adds that there is ample evidence that obesity is associated with chronic ailments such as diabetes and reduced life expectancy among adults. Obesity rates are greater among those in the lower socioeconomic strata says the report with 90 percent women and 50 percent men in the EU28 belonging to the lower income group being obese. Further persons who have at least one chronic disease as well as are overweight are 8 percent less likely to find employment. Those in a job are also 3.4 percent more at risk of absenteeism and loss of productivity says the report pointing out the economic burden of the condition.

OECD Secretary-General Angel Gurría said in a statement to the press, “There is an urgent economic and social case to scale up investments to tackle obesity and promote healthy lifestyles. These findings clearly illustrate the need for better social, health and education policies that lead to better lives. By investing in prevention, policymakers can halt the rise in obesity for future generations, and benefit economies. There is no more excuse for inaction.”

The report added that the OECD nations are spending around 8.4 percent of their health budget on treating diseases that are directly or indirectly associated with obesity. For example 70 percent of the obesity associated expenditure is on diabetes, 23 percent on heart diseases and 9 percent is on cancer. This whole expenditure is an equivalent of USD 311 billion translating to USD 209 per capita per year.

The report says, “Up to 76,000 cases of chronic diseases per year can be avoided across 36 OECD countries by implementing different public health interventions to provide information, increase the availability of healthy options, modify the price of health related choices, and to regulate or restrict unhealthy choices.”

It provides an outline on the right ways to invest in policies that could help curb obesity. This could include improved food labelling, restrictions on advertisements of unhealthy foods especially to children and young persons and also public awareness programmes. The report says that every dollar invested in prevention of obesity could help return up to 5.6 dollars in savings.

The report says, “Health budgets for all the 36 countries included in the study could save up to 26 USD billion, adjusted for differences in purchasing power across countries, by 2050. Thanks to increases in employment and productivity, the total labour force can increase by an equivalent of about 134,000 full-time workers per year.”

Changes that could go a long way in obesity prevention include reduction in the calorie content of the energy dense foods. The report states that reduction of calories by 20 percent could help save over 1 million cases of chronic disease such as heart disease per year. Policy adoptions include display of nutritional information on menus and labels and this could help save around 51,000 to 115,000 life years per year up to 2050 in the 36 nations says the report. The report estimates that just labelling the menus with nutritional information alone could help save up to USD 13 billion in the next thirty years.

Achieving a 20% reduction in calorie content in energy-dense food would have a significant positive effect.