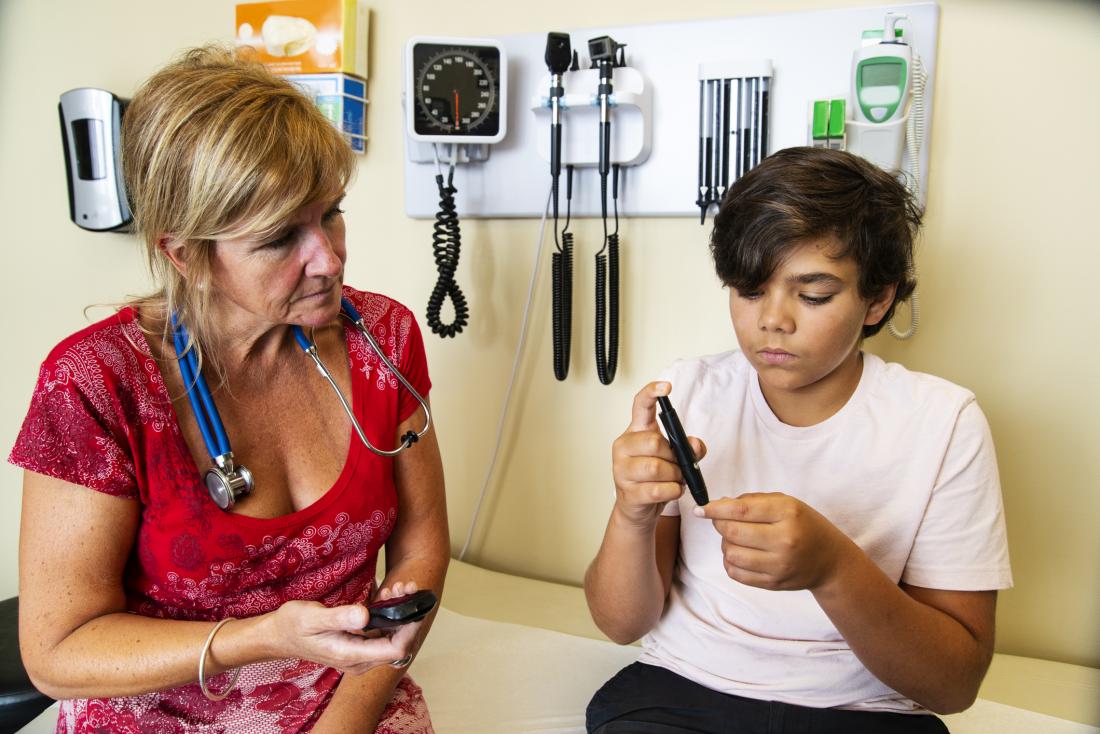 Could a routine childhood vaccination reduce the incidence of type 1 diabetes?

Type 1 diabetes is an autoimmune condition.

The exact reason a person develops this condition is unknown, but experts believe that a complex relationship between many genetic and environmental factors is at play.

A longstanding theory has implicated certain infections in early childhood as a trigger for type 1 diabetes — particularly in children who are genetically susceptible.

One such infection is rotavirus.

Writing in the journal PLOS Pathogens, Dr. Leonard C. Harrison — a professor at the Walter and Eliza Hall Institute for Medical Research at the University of Melbourne in Australia — and colleagues present data that underpin their theory of a link between rotavirus and type 1 diabetes.

They point to two studies in particular that show a drop in new type 1 diabetes cases in children who received the rotavirus vaccine.

Experts are warning that the number of people living with type 1 diabetes is on the rise.

In 2009, a group of European scientists published the results of a multicenter study that looked at almost 30,000 newly diagnosed cases of type 1 diabetes in children under the age of 15.

Based on these data, they predicted a “doubling of new cases of type 1 diabetes in European children younger than 5 years […] between 2005 and 2020.”

“An interesting observation in the Australian context that may be relevant to [rotavirus] as a candidate environmental factor relates to the practice of mothers “rooming-in” with their newborns,” he notes. “This was introduced in the 1970s and entailed mother and baby remaining together rather than separating the baby to a communal nursery at night.”

Infections with rotavirus were common in newborn nurseries. Having babies stay with their mothers delayed their exposure to the virus.

Dr. Harrison cites research in mice suggesting that the timing of rotavirus exposure may be crucial.

When genetically susceptible newborn mice became infected with the virus, they did not go on to develop type 1 diabetes. However, animals exposed to rotavirus at a later time did.

Vaccine linked to a drop in numbers

If infection with rotavirus during early infancy does trigger type 1 diabetes in genetically susceptible people, what happened when health professionals introduced the rotavirus vaccine as part of the recommended immunization schedule?

“We hypothesized that if natural infection with [rotavirus] was a causative factor in [type 1 diabetes], then [rotavirus] vaccination would alter the incidence of [condition],” Dr. Harrison explains.

Looking at the 8 years before the introduction of the vaccine into the Australian National Immunization Program in 2007 and the subsequent 8 years, the team saw a drop in the number of new type 1 diabetes cases.

According to their earlier JAMA Pediatrics paper, the data showed a 15% reduction in new type 1 diabetes diagnoses in children ages 0–4. However, there was no difference in rates among children ages 5–14.

Another study paper in the journal Scientific Reports reported similar results. Having analyzed data from nearly 1.5 million children in the United States between 2001 and 2017, the study authors reported a 41% reduction in new cases of type 1 diabetes during this time in children who received all doses of the rotavirus vaccine.

This was not the case for those who only received some of the shots or who never underwent vaccination.

However, Dr. Harrison points out that not all studies have come to the same conclusion.

For example, a population study of 495 Finnish children did not find a significant change in the risk of type 1 diabetes when the scientists compared vaccinated and unvaccinated children.

“Environmental factors promoting the increase in [type 1 diabetes] incidence on particular genetic backgrounds are likely to be ubiquitous and multiple,” conclude Dr. Harrison and colleagues.

“That [rotavirus] may be one such factor is supported by several lines of evidence […], to which we can now add an association between [rotavirus] vaccination and a decrease in [type 1 diabetes] incidence.”

“This may be the first clear example of primary prevention of [type 1 diabetes].”

Experts urge UK children’s comic the Beano to change its policy of promoting junk foods
Integrated model helps enhance patient care for pediatric brain tumors
Study: COVID-19 is a significant cause of death in children and young people in the U.S.
How To Clean Baby Toys: A Step-by-Step Guide
Baby Swimming: When To Teach And Precautions To Take
Ads by Amazon