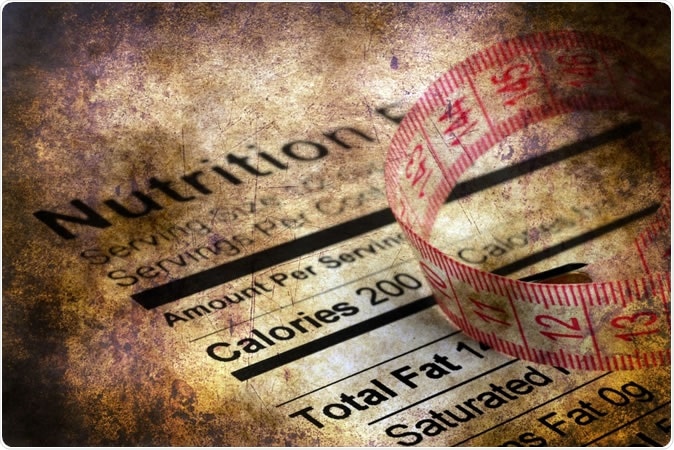 When every dish and beverage on a typical fast food joint menu shows the calories it contains, people immediately tend to buy food with less calories, on average, than if they don’t have calorie labels, says a study published on October 31, 2019, in the British Medical Journal. The decrease was small, but if the purchasing pattern is followed up, it tends to vanish over the next year. The researchers conclude that simply adding calorie information may not make people change their long-term calorie intake from fast food restaurants.

About one-third of the calories ingested by the average American in a day comes from food purchased from outside. Again, one in three American adults eat fast food every single day.

The current study was based on data collected by a large restaurant chain in the US, where it has been mandatory for large franchises to label fast foods with their caloric count since May 2018. The idea was that knowing how many calories different foods supplied would help consumers choose more healthy foods, and would also thereby provide an incentive for the manufacture of fast foods with lower calories, or a larger variety of low-calorie fast foods. The UK is also considering the adoption of similar measures.

However, available research could not say whether this step actually affects consumer choices. This motivated the current study, which analyzed the information on purchases at a large fast food franchise in the southern part of the USA. The population rate of obesity in this part of the country is among the highest in the US, at about 34%.

The restaurants in this chain first put calorie counts on their menu in April 2017. The sales data for each week was available from 104 restaurants from April 2015 to April 2017, and then, after the beginning of labeling, from April 2017 to April 2018. Thus there were almost 50 million transactions covering two years of pre-calorie label choices, and one year after labeling began.

Using this data, the researchers classified the purchased food items into the following groups:

They first looked up the total number of calories for each item individually, using a database called Menustat which lists nutritional information for menu items from the best-selling restaurant chains in the US. They then looked at purchases over this 3-year period and calculated the average calories per transaction.

They found an immediate decline by 4% in the total food calories bought in an average transaction. In other words, there were about 60 fewer calories per transaction. This remained true even when seasonal changes, holiday meals and the baseline patterns were all adjusted for.

This might have been an encouraging trend, if not for the one-year follow-up period. During this time, the average calories with each purchase crept up slowly week by week, and over one year, the average calorie reduction was only 23 calories below what it had been before labeling. Moreover, the researchers hint that the number of calories might revert to this higher level even faster among people with a lower income.

Again, there was a nearly 25% initial decrease in the number of calories from side dishes ordered, but the calories per purchase then began to increase again over the post-labeling period. Calories from beverages containing sugar were also reduced and continued to reduce over time. Though small,

The outcomes are subject to some study flaws, say the researchers. For instance, they could not find out the average calorie count for the food bought by one individual. They also have no clue as to whether and how much of each type of condiment was added, the number of beverage refills, and the amount of food eaten out of each meal ordered. However, they are confident that the size of the sample population, the long period of study, and the robustness of the findings after adjusting for several variables, makes the study conclusions more reliable.

As a result, they say, “Before drawing conclusions on the overall effectiveness of calorie labeling as a nutrition policy, future research should be done to estimate the effects of labeling over a longer period, especially once restaurants have had sufficient time to reformulate their menus.”

Other nutritional researchers commented on the study, in an editorial published with the study. They pointed out the apparent shift towards higher-calorie food purchase by the poorer section of the restaurant’s customers, which could reinforce unequal health opportunities. In other words, those with more money to spend can afford to buy more healthy foods, leaving those with less disposable income to gravitate towards the cheaper fast food options available. Another possible outcome could be that restaurants cut calories by changing around the recipes for their fast food dishes, but compensate for any loss of taste by piling on less healthy nutrients like salt, sugar and fat. One way to get around this could be to ensure that nutritional labels contain this information as well. Another simpler way would be, of course, to encourage home cooking!

The researchers do not discount the apparently small reduction in average calories purchased following calorie labels. The fact is that at population level, a small change is immensely magnified in terms of its effect on health, particularly on obesity and linked metabolic and cardiovascular disorders. They say that nutritional labels, including calorie labels, on restaurant menus, is a good idea and should be implemented as part of a wider approach across regions, countries and governments, to improve population health.