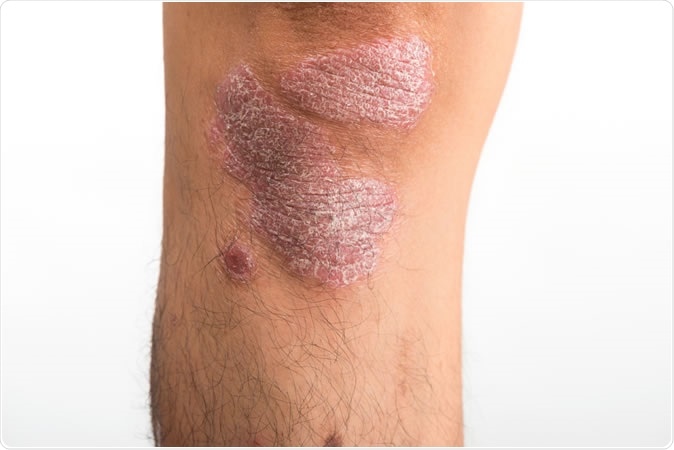 Researchers from Austria have found that ketogenic diets could affect psoriasis-like skin inflammation in mice. They noted that keto diets including medium-chain triglycerides (MCTs) such as coconut along with omega-3 fatty acids obtained from nuts and seeds and fish oil could be a recipe for psoriasis exacerbation. They speculated that this could be true for humans as well. The study titled, “The Influence of Ketogenic Diets on Psoriasiform-Like Skin Inflammation,” was published this week in the Journal of Investigative Dermatology.

Study author, Barbara Kofler, PhD, Research Program for Receptor Biochemistry and Tumor Metabolism, Department of Pediatrics, Paracelsus Medical University, Salzburg, Austria, in a statement said, “This study leads to a broader understanding of possible effects of ketogenic diets with a very high fat content on skin inflammation and underlines the importance of the composition of fatty acids in the diet.” She added, “We found that a well-balanced ketogenic diet, limited primarily to long-chain triglycerides (LCTs) like olive oil, soybean oil, fish, nuts, avocado, and meats, does not exacerbate skin inflammation. However, ketogenic diets containing high amounts of MCTs especially in combination with omega-3 fatty acids, should be used with caution since they may aggravate pre-existing skin inflammatory conditions.”

The researchers wrote that keto diets are one of the new fad diets that have become popular for persons looking for weight loss and is also being prescribed for certain disease conditions. These diets are high on MCTs obtained from coconut oil and also rich in omega-3 fatty acids. They are being promoted as healthy to the general population the team wrote. However there have been studies before that show these high fat diets are associated with the progression of skin inflammation in lab animals with psoriasis like features. High fat diets also lead to dermatitis in lab mice. The team wrote, “another study showed that in mice fed a high-fat diet (60% of kcal from fat) in which there was still a substantial amount of carbohydrates (20% of kcal), T-cells accumulated in the skin and promoted psoriasis via IL-17A production.”

This study was undertaken to prove if high fat based keto diets are also capable of affecting skin inflammation in the mice. The authors of the study wrote, “no studies have been performed to evaluate the effect of KDs on psoriasis”. Thus they attempted to see the “impact of different KDs, alone or supplemented with ω-3 FA” on mice that were induced to get psoriasiform-inflammation using imiquimod (IMQ). The team explained that a keto diet comprised of 75–80% kcal of energy obtained from fats, 5–10% kcal obtained from carbohydrates and 15–25% kcal obtained from proteins. This diet can cause rise in ketone bodies including beta-hydroxybutyrate and causes blood glucose to fall, they explained. This diet has been known to be anti-inflammatory, they wrote.

One of the lead researchers Roland Lang, Department of Dermatology, Paracelsus Medical University, said, “Ketogenic diets supplemented with MCTs not only induce the expression of pro-inflammatory cytokines, but also lead to an accumulation of neutrophils in the skin resulting in a worse clinical appearance of the skin of the mice. Neutrophils are of particular interest since they are known to express a receptor for MCTs and therefore a ketogenic diet containing MCTs may have an impact on other neutrophil-mediated diseases not limited to the skin.”

For this study the team took lab mice and fed them a very high fat keto diet that contained 77 percent fat. This form of diet is very rarely if ever prescribed for persons with drug-resistant epilepsy. The mice were grouped and were fed either LCT (long chain triglycerides) keto diet (LCT KD), LCT and MCT KD or standard diet (SD).

There was an increase in disease severity in the mice fed on LCT and MCT. Omega 3 fatty acid supplementation did not affect the disease severity they wrote. They also found that in mice that were not treated with IMQ but only Vaseline, there was increased skin inflammation with LCT/MCT and omega 3 fatty acids. The team wrote, “…we cannot exclude that the LCT/MCT ± ω-3 FA diets can also affect normal skin.” The skin levels of IL-17A mRNA also rose, the team said meaning rise in local inflammatory mediators. Regarding blood levels of inflammatory markers the team found that there was a rise in IFN-γ and IL-6 in the blood of the LCT/MCT group on day 4 compared to SD group. Blood levels of IL-1β were unchanged with the diet, the team found.

Dr. Kofler said, “I think most people following a ketogenic diet don’t need to worry about unwanted skin inflammation side effects. However, patients with psoriasis should not consider a ketogenic diet an adjuvant therapeutic option”

The study was funded by Paracelsus Medical University Research Fund and the Austrian Research Promotion Agency.

Brain injuries greatly reduced in infants with congenital heart disease
Retinol When Breastfeeding: Safety & Alternatives
Experts urge UK children’s comic the Beano to change its policy of promoting junk foods
Baby Wheezing: Types, Causes And Treatment
What To Do When Your Kid Says They Hate School
Ads by Amazon