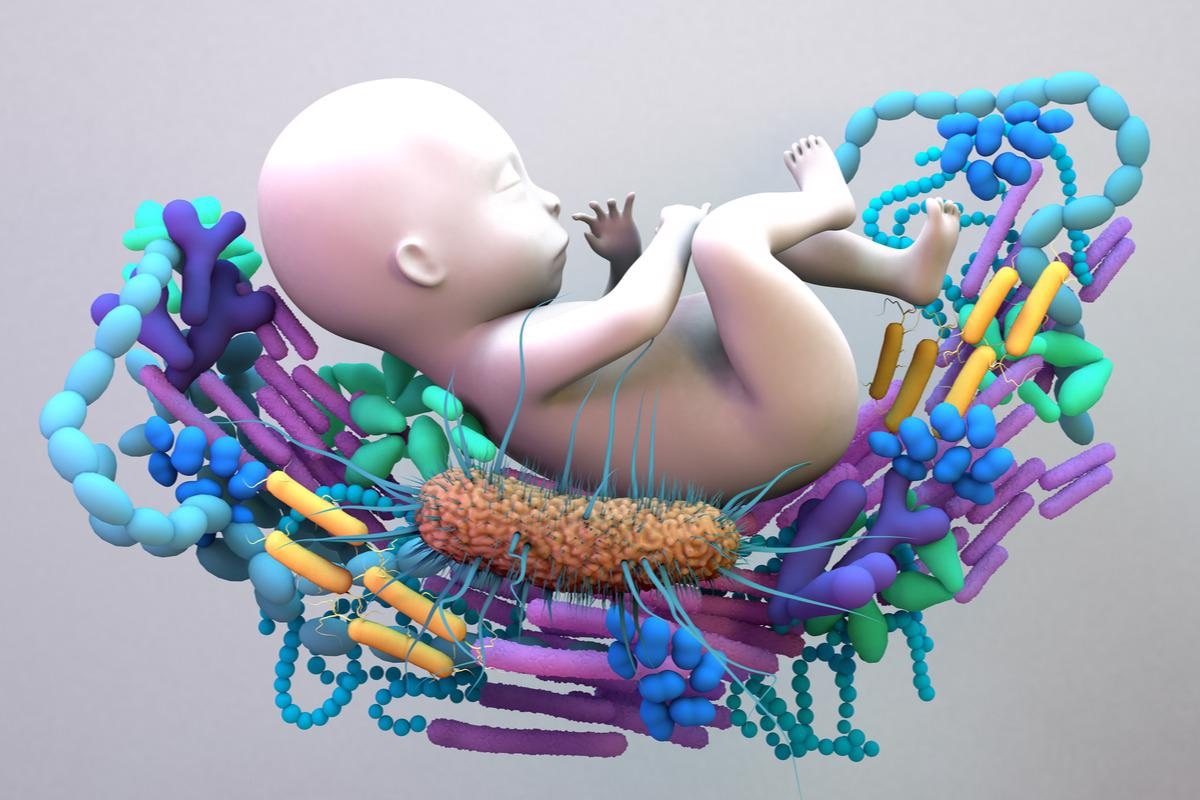 The Hadza tribe is a group of indigenous Tanzanian hunter-gatherers inhabiting seminomadic bush camps with a moderate level of communal child-rearing. The infants are breastfed early in life and later weaned to a diet comprising baobab powder and pre-masticated meat by the age of two years.

The study and findings

In the present study, researchers performed metagenome sequencing on fecal samples of infants from the Hadza ethnic group. The research team curated a dataset of 1m,900 16S ribosomal ribonucleic acid (rRNA) sequences in fecal samples of healthy infants from 18 populations, including 62 samples from Hadza infants. Deep metagenomic sequencing was performed on 39 samples of Hadza infants and corresponding maternal samples for 23 children.

Five microbial co-abundance groups (CAGs) were identified, which, on average, constitute over 93% of microbiota composition in each sample. Early in life, i.e., up to six months, the Bifidobacterium-Streptococcus CAG was predominant in all infants regardless of lifestyle. Over time, Bacteroides-Ruminococcus CAG in industrialized infants and Prevotella-Fecalibacterium CAG in transitional or non-industrialized infants were observed.

Next, from the deep metagenome sequencing analysis, the authors found broad age- and lifestyle-associated differences in the functional capacity of microbiomes in infants. The Hadza infant metagenomes were binned into metagenome-assembled genomes (MAGs) encompassing 745 species. Notably, more than 23% represented novel species relative to the Unified Human Gastrointestinal Genome collection.

Assessing strain-level differences among genomic sequences of B. infantis from infants aged 0-1 years revealed that the enzyme, glycoside hydrolase family 163 (GH163), was enriched in non-industrialized infants relative to industrialized infants. Furthermore, 20 B. infantis strains from fecal samples of Hadza infants were isolated and subject to sequencing. GH163 enrichment was also observed in B. infantis isolates of Hadza infants compared to public reference sequences.

Besides, a solid lifestyle-specific phylogenetic clustering was evident among the sequences from B. infantis isolates and MAGs. This might indicate the occurrence of long-term vertical transmission over multiple generations. The researchers then examined the degree of vertical transmission in Hadza infants by deep sequencing fecal samples from 23 corresponding mothers (Hadza dyads).

On average, dyad pairs had far more common/shared strains than non-dyad pairs. Non-dyads living in the same Hadza bush camps also shared more strains than those living in different camps. Vertical strain transmission was higher among members of Bacteroidetes and Cyanobacteria but lower among Firmicutes in the Hadza.

The strain tracking analysis was repeated on a Swedish dataset containing 100 dyads. Bacteroides and Prevotella strains were more commonly vertically transmitted in Swedish and Hadza dyads, respectively. Species that were abundant in mothers exhibited a greater likelihood of being vertically transmitted.

Overall, the findings demonstrated that the infant microbiome is Bifidobacteria-dominant during the early life, irrespective of lifestyle. Notably, the taxa which differentiate lifestyles within six months of life exhibited the most frequent vertical transmission. These observations also raised the intriguing question of whether the differences in gut microbiome development based on lifestyles predispose people to diseases prevalent in industrialized nations.

The One Part Of Your Body You’re Probably Forgetting To Stretch
What To Do When Your Kid Says They Hate School
Montana lawmakers seek more information about governor’s HEART fund
Baby Wheezing: Types, Causes And Treatment
50 Fun And Fascinating Dolphin Facts for Kids
Ads by Amazon