If you’re a parent, then you know that parenting can be both wonderful and challenging. And sometimes, it’s nice to just read something that confirms that you’re not alone in your struggles! These days, a lot of parents are turning to Twitter to share their thoughts on parenting. Here are some hilarious tweets that will make every parent laugh and nod in agreement. 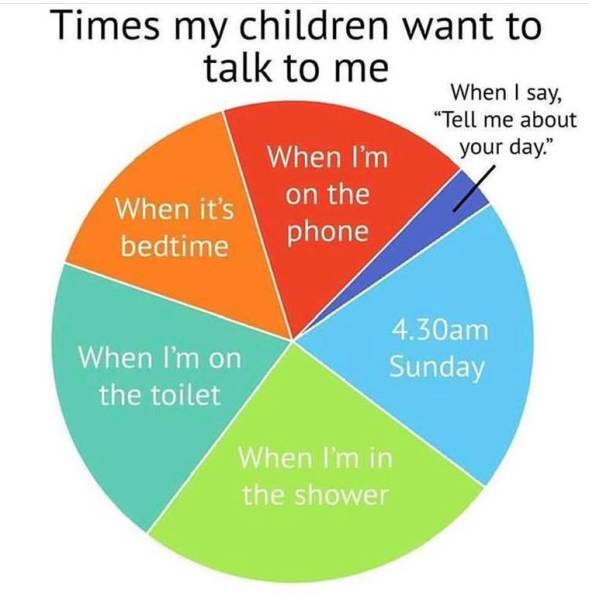 It took my toddler so long to pick a spoon for dinner, she forgot what she was doing, I forgot what I was doing, and we just stood there staring at each other until she left.

I look at my 4 mo and I think, “wow, that baby is going places!” And I don’t mean in the future. I mean she is scooting out of the rocker I just put her in. #parenting

When a kid asks a sibling to play a game of tag, they’re basically asking if their sibling wants to take a jog that ends in a fight.

What do you mean the project is DUE TOMORROW?! – a parenting memoir

If you’re wondering what parenting is like, my 4-year-old just threw a tantrum and told me to go away and then threw a second tantrum because I went away.

Being a parent apparently means buying stuff in bulk.

As long as you sing to the tune of “You Are my Sunshine,” you can literally say anything you want to a baby. I just vented all my frustrations and she still fell asleep. Best therapy ever.

I don’t ride a peloton but I have gotten three kids dressed and out the door to school on time, so same.

No one in the world is more delusional than a parent who says they’re going to bed early tonight.

My first grader put me in time out. I asked how long I have to sit in silence. He said the rest of the day. Friends, time out is glorious.

Before having a kid the most important thing to ask yourself is “Am I ready to watch the exact same cartoon on repeat for the next 4 years?”

Ppl w babies: I don’t see why people stop traveling when they have kids! You can just strap the baby in and GO hiking! Grab a stroller, fly to Europe, it’s really all in your mindset Those ppl a year later w a toddler: it only took us 23 mins to get down the stairs this morning

Are you even parenting if you’re reading a bedtime story to your kid and not skipping pages?

My kid just tried to win an argument with “Because I said so” and I had to break it to him that only parents get to win by saying that.

One of the joys of parenting is being scared by a low-battery toy screaming in middle of the night like no horror film ever will.

The parenting books didn’t prepare me for how many stuffed animals I’d have to put to bed.