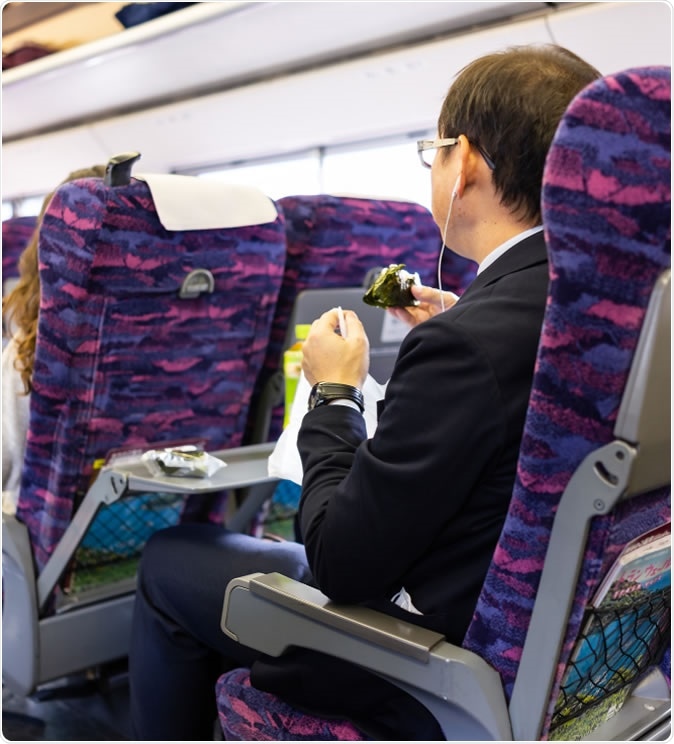 England’s outgoing Chief Medical Officer (CMO) Dame Sally Davies, the top doctor in the country, believes that snacking ought to be banned on public transport and additional taxes should be placed on unhealthy foods to make them less affordable, in order to fight the menace of childhood obesity.

Davies wrote in her final report as CMO that there should be policies looking at advertising these unhealthy foods to young persons. She also came down upon takeaways selling unhealthy foods and snacks to children. In her report she added that there are a “flood” of unhealthy eating options for kids these days and ministers need to act fast and act bold to bring down the childhood obesity rates. She said that there is a target to halve obesity rates over the next decade and strong action must be taken to reach the goal. She said in a statement, “The unavoidable fact is that over time our environment has become very unhealthy without us realising. Our children are now suffering from painful, potentially life-limiting disease. Our politicians need to be bold and help everyone embrace healthier life choices.”

According to the recent figures there has been a troubling rise in obese and overweight children over the last three decades. At present England has one in three children that is obese or overweight by their 11th birthday. There are also a small number of severely obese children and this number seems to be on the rise say experts.

Girls are more affected by childhood obesity than boys say experts and UK has the highest number of obese and overweight girls. The problem is especially acute in certain small and deprived communities. Socioeconomically backward children have double the risk of being obese than well off children say experts. This could be due to the affordability of unhealthy foods and the lack of awareness says Davies’s report.

Being obese and overweight especially since childhood can be the basis for several long-term diseases such as heart disease, diabetes, bone and joint problems, sleep apnoeas etc. Type 2 diabetes is a major problem that is increasingly affecting kids says the report.

As a remedial measure, Dame Davies explained that there are several steps to be taken. Some of these suggestions are an extension of what is being done while others are new.

She said that all marketing-advertising and sponsorship from makers of unhealthy food and drink needs to be phased out urgently. For public local transport retailers, all forms of food and drink is to be banned except for water and breastfeeding. Eating could be allowed on transport only in case of medical certification that there is a need. All food outlets, transport station points and public buildings need to have free water dispensers instead of aerated and sugared drinks. All nurseries and child care areas including schools need to have only water and milk dispensers and no unhealthy food or drinks are to be allowed.

In addition all milk based and sugared foods need to be made more inaccessible by raising the sugar taxes she said. Sugar taxes have shown to reduce the consumption of sugared foods by a fifth says a report from last month she added. Further all unhealthy food products need to have an extra VAT including cakes and confectionaries, she said. Rising portion sizes and calories in foods plus brightly coloured coverings and packaging seems to be detrimental. Davies says that calories on each of the foods need to be appropriately labelled and capped off to reduce intake. Just like tobacco packaging, junk and unhealthy food packaging also needs to be made unattractive she said to reduce consumption by kids.

To reduce the number of fast food takeaways and diners, the procedure for opening such a joint could be made more complex, she said. Weekends across the country need to be made car-free so that people are forced to move around and increase physical activity time for themselves and their kids.

One of the most controversial and strong messages from these recommendations was to prevent children and adults from snacking and eating or drinking on public transport. It will be aimed at children said Davies and stop them from snacking on their way to and from school while on local transport including trains, trams, metro and buses. Long distance or intercity travel will not come under the purview of this ban says Davies. She added that adults need to stop eating and drinking during commute as well in order to set a good role model for the children. Water, breast feeding and feeding due to medical conditions would be allowed she clarified.

Health Secretary Matt Hancock praised the report by the outgoing CMO saying the she had, “done more than anyone to promote the health of the nation,” during her tenure. She added that the recommendations were all under close consideration. Sally Warren, of the King’s Fund think tank added that the, “government should make full use of all the levers at its disposal to tackle obesity… Some politicians may baulk at the idea of the ‘nanny state’, but research suggests these types of intervention may enjoy stronger public support than they often assume.” Professor Dame Parveen Kumar, of the British Medical Association agreed saying that the time to act was now to protect the children and they would be “let down” if action was not taken.