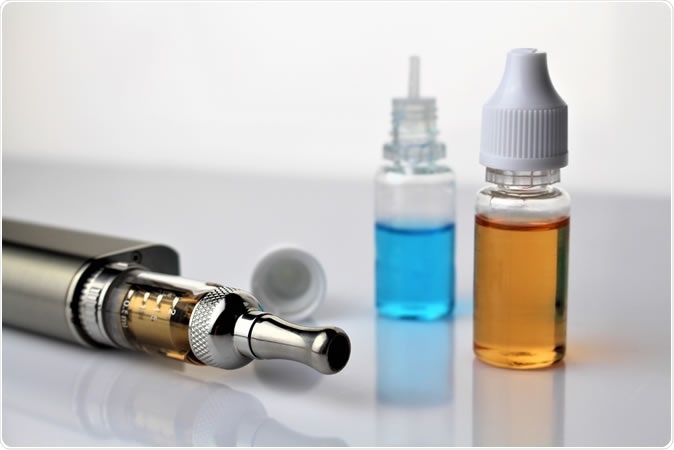 Researchers from University of Southern California have found that more and more teenagers are sticking to vaping e cigarettes if they are being offered choices of different candy and fruity flavours. The findings are published today on the 28th of October 2019 in the Pediatrics, the journal of the American Academy of Pediatrics (AAP). Researchers have blamed these flavoured cartridges for the vaping epidemic among teenagers and called for stricter regulations against these.

Adam Leventhal, director of the USC Institute for Addiction Science and professor at the Keck School of Medicine of USC, in a statement said, “While many children try e-cigarettes, not all become regular users. Teens who use e-cigarettes may be more inclined to continue vaping rather than just temporarily experiment with e-cigs. Whether or not children continue vaping is important — the longer and more frequently you vape, the more you’re exposing yourself to toxins in e-cigarette aerosol and put yourself at risk for nicotine addiction.”

For this study the team of researchers from the USC looked at 478 adolescents living in and around Los Angeles and followed them up from the tenth to twelfth grade between 2015 and 2017. These teenagers were regular users of e-cigarettes and were surveyed and followed up severe half yearly.

Leventhal said, “Regulations that reduce youth exposure to flavored e-cigarettes may aid in preventing young people who try e-cigarettes from becoming long-term e-cig users, and also from inhaling more of aerosol into their lungs.” He added that e-cigarettes use could also be curbed by removal of these flavours. He said, “ Regulations like these could also encourage the millions of U.S. adolescents who already use e-cigarettes to quit vaping, especially if they can no longer access e-cigs in the flavors they like.”

A couple of months back the Trump administration had announced that flavoured e cigarettes would be removed from the marker. In fact JUUL, one of the leading e-cigarette makers also retracted some of their flavoured products from the markets voluntarily. Despite these there is still a wide availability of these flavoured products say the researchers and teenagers are getting their hands on them.

This study included researchers from Keck School of Medicine and University of Pennsylvania. It received funding from Tobacco Centers of Regulatory Science award, National Cancer Institute and Food and Drug Administration, the National Institute on Drug Abuse and  Tobacco-Related Disease Research Program.

Related news on lung injuries related to e-cigarette use

The Centre for Disease Prevention and Control (CDC), recently received reports of cases of lung injury associated with e cigarette use. The organization held a telebriefing for the press on the 25th of October in order to understand the situation.

Dr. Schuchat said, “As of October 22, 2019, CDC received reports of 1,604 lung injury cases associated with the use of e-cigarette or vaping products, for which we are now using the acronym EVALI.” She added that the reports were from 49 states and there have been 34 deaths due to EVALI from 24 states. In fact, she said, there were 125 cases this week. The age range of persons dying of EVALI are between 17 and 75 years she said. Many of the deaths and cases that survived were persons who vaped products containing THC she explained. In fact of the 860 patients with EVALI, 85 percent had a history of using vaping products containing THC she said. Schuchat recommended, “…since the specific compounds or ingredients causing lung injury are not yet known, the only way to be sure that you are not at risk is to consider refraining from use of all e-cigarette, or vaping, products while our investigation continues.  Adults who are using e-cigarettes for smoking cessation should weigh all risks and benefits and consider using FDA-approved nicotine replacement therapies.” Schuchat answering a question said that persons with EVALI present with symptoms such as, “nausea, vomiting, stomach pain, or diarrhea preceding their hospital admissions or the worsening of their lung symptoms.”

Dr. Zeller added that the FDA is working closely with CDC on this matter. He added, “FDA has received or collected over 900 samples from 25 states to date.  Those numbers continue to increase.  The samples collected directly from consumers, hospitals, and from state offices include vaping devices and products that contain liquid as well as packaging and some nearly empty containers.” Speaking on the current rise in the number of cases Zeller added that there was an “epidemic use of e-cigarettes and especially flavored e-cigarettes by kids.” He said that the recent cases of luncg injuries was more to do with use of illicit products.

Just 13 Pairs Of Matching Pajamas For You And Your Family
9 Things You Should Never Say To Kids At Mealtime
COVID-19 carries a much higher risk of epilepsy and seizures than influenza
Brain organoids reveal how alcohol exposure impairs the development and functioning of new brain cells
Twitter May Be A Hopeless Place, But These People Found Their Spouses On It
Ads by Amazon