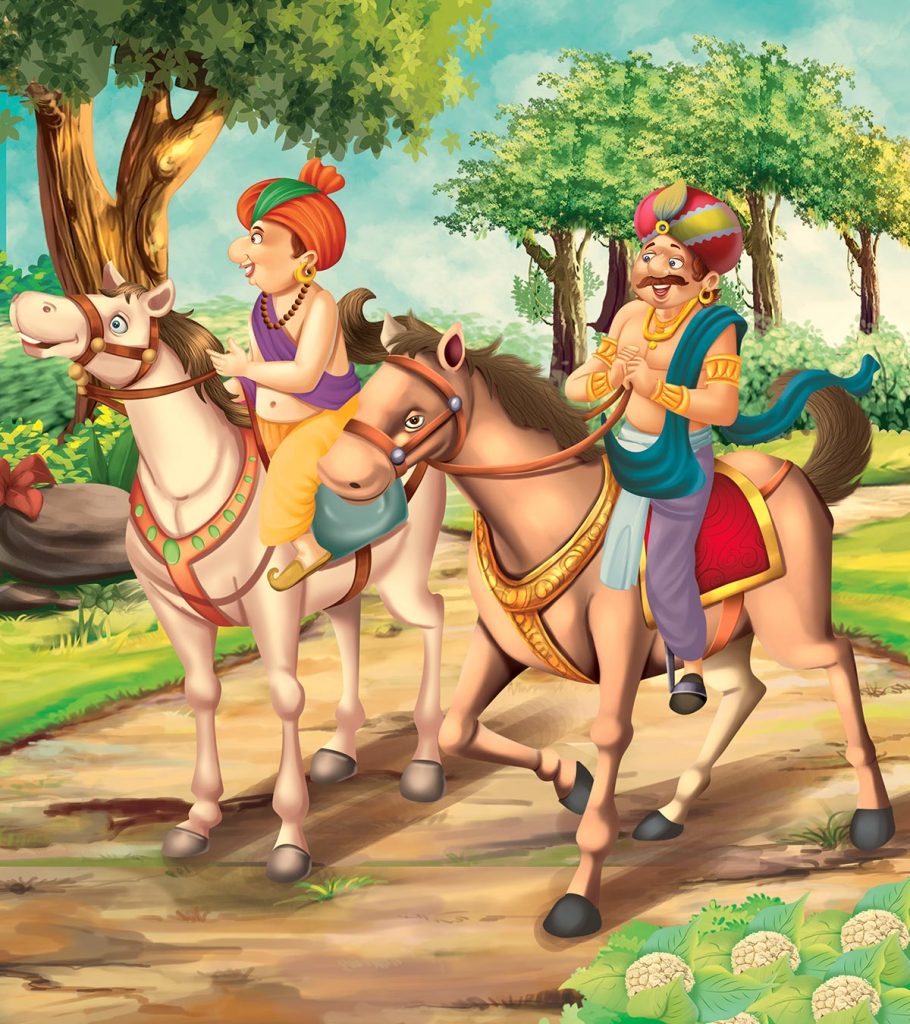 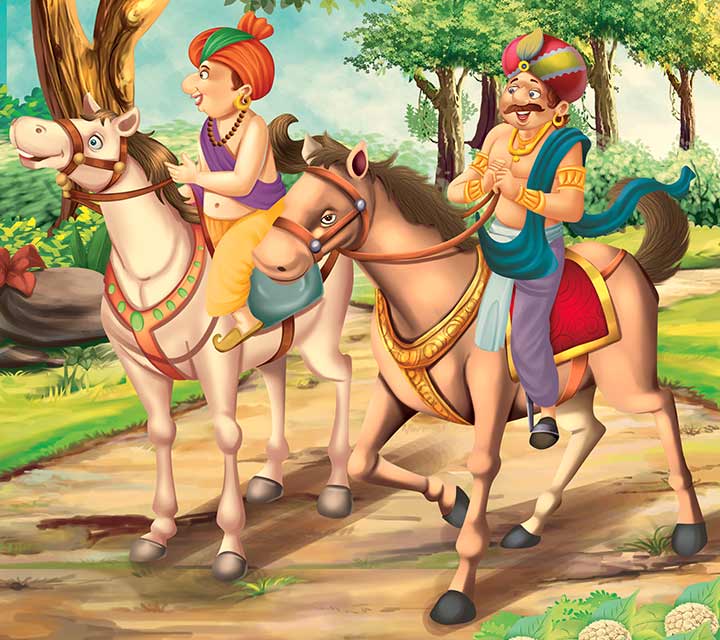 One day, an Arabian horse trader came with a shipload of the finest Persian horses to Vijayanagara. The king, who was an avid horse lover, bought many horses from the trader. All the courtiers too bought one horse each.

All the while, Tenali Ramakrishna was quiet and disinterested. Seeing this, one of the courtiers asked, “Rama, why are you so silent, and wouldn’t you also buy a horse?”

“Vijayanagara horses are superior to these Persian horses,” Rama remarked. The king and the rest of the courtiers were surprised to hear this. King Sri Krishnadevaraya said, “How can you be so sure, Rama? Can you prove it?”

The king announced that there would be a horse race. A Vijayanagara horse was to be trained by Rama, and the Persian horses were to be trained by the rest of the courtiers. The race would determine which horse breed is superior.

All the courtiers put in a lot of effort in training and feeding their horses. On the day of the race, the horses were lined up in the racetrack. Tenali brought his horse, which looked weak and ill-fed.

Everyone laughed and said that Rama would lose the race. When it was time for the race, Rama announced he would ride the horse. He then took a long pole, to the edge of which he tied some grass.

He mounted on the horse and held the pole in front of the horse, so that it could see the grass, but not reach for it.

When the race started, all the horses ran swiftly. Rama dangled the grass in front of the horse. The hungry horse ran for the grass, but no matter how fast it ran, it could not get hold of the grass. The horse kept running as fast as it could and came first.

Everyone was astonished by what had happened. The king asked Rama, “How did you make this happen?”

Rama smiled and replied, “Your majesty, the hunger to succeed is the only thing that can help anyone to succeed.”

The king understood what Rama had said and rewarded him for his intelligence.

Moral of the story

Have a strong urge to succeed.

Was this information helpful?

How can we improve it?